Find a Location Find a Provider 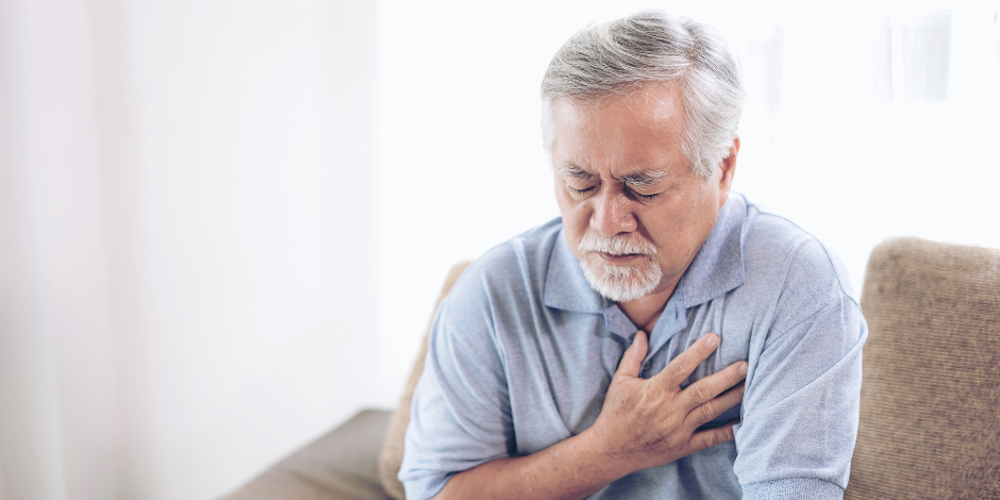 Valley Medical Center offers a comprehensive approach to stroke care, from early intervention treatments in the Emergency Department to inpatient and outpatient rehabilitation services to help patients regain function and independence. Providing acute care, rehabilitation and education for patients and their loved ones.

Valley Medical Center is nationally recognized for achievement in stroke treatment. For multiple years, we have been the recipient of the American Heart Association and American Stroke Association’s Get with the Guidelines Gold Plus Quality Achievement Award.The award recognizes VMC’s commitment and success in implementing excellent care for stroke patients, according to evidence-based guidelines.

for this award, hospitals must meet diabetes quality measures developed with more than 90% compliance for 12 consecutive months.

The Stroke Program at Valley Medical Center is a Joint Commission Certified Thrombectomy Capable Stroke Center. The third Joint Commission certified center in the state. This certification means that the program follows specific scientific guidelines including a comprehensive system for rapid diagnosis and treatment of stroke patients. Stroke patient care continues with our Transition of Care Program, Stroke Clinic, and Physical Rehab Clinic follow up.

Valley Medical Center is the recipient of the Gold Seal of Approval from the Joint Commission on Accreditation of Healthcare Organizations.

A stroke is when blood flow to the brain is disrupted. This occurs in one of two ways: ischemic stroke and hemorrhagic stroke. Ischemic stroke happens when disruption in the blood flow is caused by either a blood clot or a piece of plaque blocks one of the vital blood vessels in the brain. Hemorrhagic stroke is when a blood vessel in the brain bursts, spilling blood into surrounding tissues.

A cerebral stroke occurs when there is a vascular interruption to part of the brain, typically resulting in damage to brain tissue. Thus, a stroke is considered a medical emergency, in which expedient intervention has been shown to improve outcome. Depending on the type of stroke, and the region of the brain affected, the functional implications of a cerebral stroke can vary greatly ranging from a transient loss of speech or motor movement, to paralysis or even death. Therefore, patients presenting a possible stroke at Valley Medical Center will be treated by the doctors and ancillary treatment team members to optimize the patient’s outcome.

Stroke ranks among the deadliest—and most complicated—of healthcare problems. Until recently physicians could treat only the devastating aftermath of stroke. But leading-edge stroke centers such as VMC's may limit, in some cases even prevent, the consequences of stroke.

A stroke occurs when blood flow to the brain is blocked, depriving it of oxygen. Deprivation lasting more than a few moments can cause brain damage and result in permanent disability or death.

"It's critically important to pinpoint the precise location of a stroke and the extent of its damage, and to do so with great speed," says Dr. Peter Balousek, a neurosurgeon and neurointerventionalist from VMC's Stroke Center. The program's expert team includes ED physicians, neurologists, hospitalists, neurointerventionalists, IR team, pharmacists, rehab medicine providers, physical therapists, speech therapists, and occupational therapists.

Neuro-interventionalists provide immediate and top-notch intervention in the event of large vessel strokes, but Dr. Balousek acknowledges they can't do a thing if symptoms are not recognized until it's too late. Knowing the signs and symptoms of stroke and calling 911 right away can ensure that treatment can be given to reverse the effects of stroke.

VMC Emergency Services physician Karl Kaufmann sees stroke victims regularly in the ER and works closely with Dr. Balousek. "In an emergency setting, it's crucial that people know who to call and when. Just like during a heart attack, every single minute counts." For this reason,  one of the Stroke Center's main goals is to provide community education and outreach about the importance of recognizing signs and symptoms for stroke.

All of the above warning signs may not occur with each stroke. Take action immediately by calling 911 even if some of the signs go away.

Other less common symptoms include:
Sudden nausea, vomiting or fever not caused by a viral illness
Brief loss or change of consciousness such as fainting, confusion, seizures or coma
Transient ischemic attack (TIA) or “mini-stroke”

A TIA can cause many of the same symptoms as a stroke, but TIA symptoms are transient and last for a few minutes or up to 24 hours. This may be an indication a stroke is about to occur, however not all strokes are proceeded by TIAs.

If you or someone you know experiences these symptoms, call 9-1-1 immediately!

The best way to prevent your risk of stroke is to monitor your blood pressure, track your cholesterol level, stop smoking, exercise regularly and check to find out if your should be taking a drug to reduce blood clotting. Also the American Heart Association has found eating fruits and green or yellow vegetables daily may protect against stroke.

Reduce Your Risk
You can't control all of your risk factors for stroke. But maintaining cardiovascular fitness by observing the following prudent practices goes a long way toward bettering your odds.

When seconds count, can you spot a stroke? Take this quiz and find out!

According to the American Academy of Neurology, stroke is the third leading cause of death for adults in the United States and the leading cause of adult disability. Nationwide each year, roughly 750,000 people suffer a stroke, and about 160,000 die as a result. While there is no stereotypical stroke victim, physicians have identified some facts related to stroke:

Treatment for a stroke varies based on type, severity and location. It depends on whether it’s caused by a blood clot (ischemic) or by bleeding in the brain (hemorrhagic). Our Stroke Clinic specialists use a CT (computed tomography) scan of your head and possibly magnetic resonance imaging (MRI) to determine the type of stroke you’ve had. Physicians may do further tests to discover the exact location of the clot or bleeding. Your blood pressures and breathing will be closely monitored and you might receive oxygen.

The goal of the initial treatment is to restore blood flow for an ischemic stroke or control bleeding for a hemorrhagic stroke. The faster one receives treatment the less damage will occur.

Your physician may want you to take aspirin or other antiplatelet medicines. You may have to take anticoagulants to prevent another stroke if you had an ischemic stroke. To control your blood pressure, you may also need to take statins to lower high cholesterol. Carotid endarterectomy surgery may be recommended to remove plaque build up in the carotid arteries.

Valley cares deeply about our patients' recovery after stroke. Whatever your recovery goals are, Valley is here to assist in your recovery journey, helping you reach your highest potential and improve your quality of life. Learn more about caring for yourself after stroke.

Dr. Michael Previti talks about understanding the signs, symptoms and prevention of stroke. 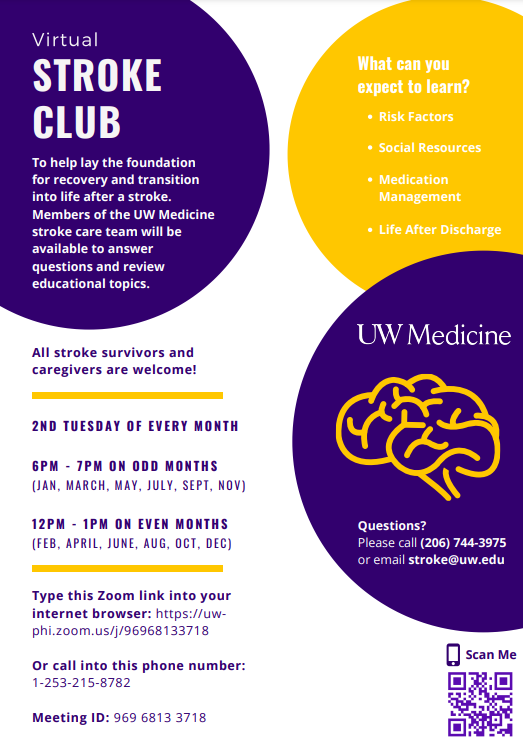 Valley Medical Center and UW Medicine host to the most active Stroke Club in the Puget Sound region. Stroke survivors and caregivers are invited to attend to share experiences, make supportive friends and learn new skills.